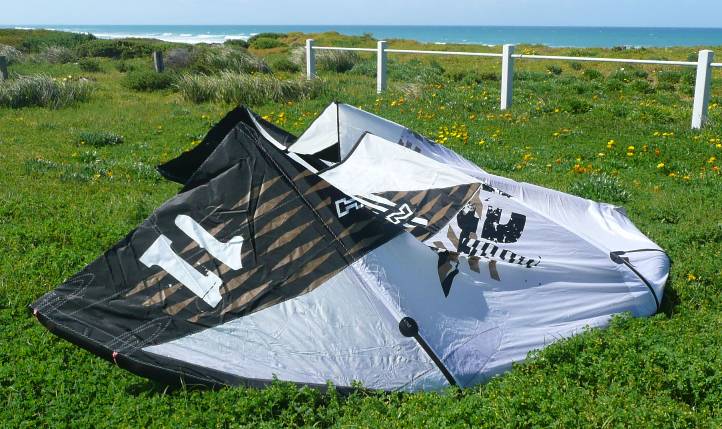 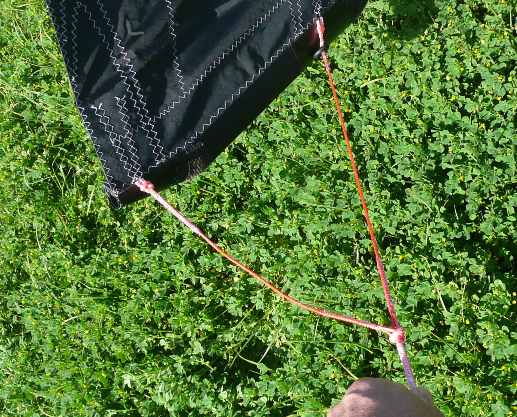 The North Rebel 2010 has hit the Southcentralkiteboarders Coast. The very second day after Syksie picked it up for me from Onbard I got some wind to test it in. Although Marginal conditions in 1-2 ft side onshore with winds about 15 knots it was still enough to get a good feel, particularly for some of the more subtle changes from 2009.

Out of the back the kite is made of basically the same material, extra reinforced canopy just like last year and this is very satisfying as I really loved the toughness and confident that this gives you in a kite. The strength of these kites is superior to most others and don't take my word for it just check one out.

The immediate difference is the extra strut in the centre and the more angular geometric leading edge from one strut to the next.

The Bar is extremely nice including the new iron heart which has an improved quick release that will release by less movement of the iron heart handle. Over all the bar is nicer with improved materials and a better quality of engineering. Considering that the older iron hearts were so good, it is a fair improvement. The swivel on the iron heart is excellent and looks like it actually will work well, unlike many such swivels that just don't deliver. 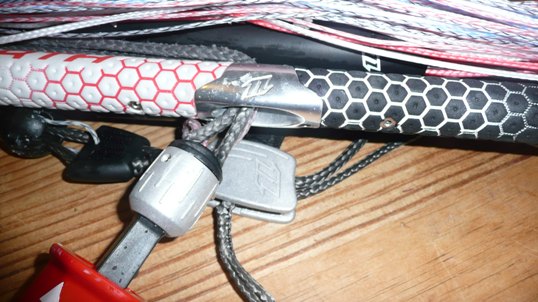 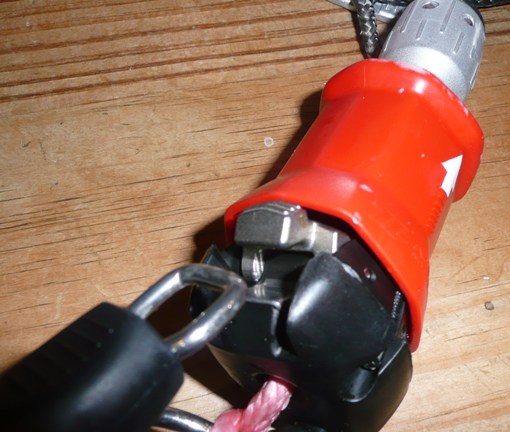 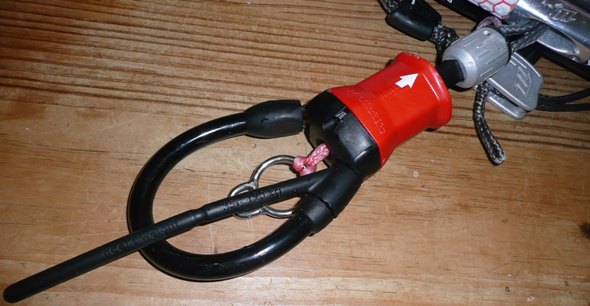 Bar pressure:
Lighter bar pressure than last year including when the kite was under power, it still has nice feedback and each year the Rebel bar pressure has lightened off, however it still has some feeback through the bar which is essntial, in stronger winds I will be keen to see the difference. quicker turning, kite turns and loops very quickly, probably just a little faster than 2009 but because of the slightly lighter bar pressure it feels easy and nice to pull the kite around faster. The bar has a nice blend of short throw with a more constant feeling of pressure through that throw.

Power:
The low end power in the kite is solid, I feel like there is another 5%+ in the kites power, but it is not spikey it is smooth. Last year the bottom end power of the kite was more than 08 but in a smooth delivery, this is still here, but I feel there is more power again.

2010 is Rebel:
The difference is that this kite has something back that the 09 started to loose. The 07 Rebel had awesome top end capability (although it was unstable over its limit)but average low end power, a bit empty, the 08 added a spikey low end power that was fun, until you rode an 09 which was the super smooth oiled up even power, quite a difference, the thing is the 09 took a bit of getting used to as it started to leave a little bit of instant off power from short bar throw. It was okay and the 09 is a great kite, the trick was to keep the short bar throw to power off instantly whilst keeping low end power which feels even through the window. This is just what the 2010 offers, great smooth low end power that is even through the window and not spikey but with the Rebel Feel, the thing that we as Rebel lovers love. The fear is that each year the Rebel drifts away from that magical 2007 prototype and into something else, well I am super stoked that this is not the case. The 2010 is Rebel, but its the best Rebel yet and still is a Rebel.
The best thing about this kite is that with the new layout and the improved strut positions, the foil and the overall improvements it is still that crispy Rebel kite that you love. Anyone who has held onto their 07s or 08s and is looking to just simply ride a better Rebel that feels like Rebel, the 2010 is just that.

The bungees:
Last year saw the bungee addition. it did one thing only, to pull the sterring lines inside the leading edge to the canopy when the kite hit the water. This prevented the line from pulling the wing tip back over on itself which leads to messing up the water relaunch. That is all it did.
This year they have excelled themselves in the research department. The bungee does do this but as well and far more importantly it is quite long and pulls up the lines when they go slack, this means when riding into the kite and / or under the kite and the lines slack off the kite can still be steered. This is exceptional and performs fantastically. As I was riding onshore waves in lighter conditions the feel of the kite just touching wind and hovering with lines going in and out of slack position and still being able to steer the kite was great.

Light wind:
The kite feels really light in the air compared with the 2009, the 2009 did hold really well in the air in very light wind but this kite just felt even better. In fact the wind dropped to nothing and it was not until there was no wind did it start to come down from the air.

Well there will be plenty more to come once the wind picks up and I can't wait to get the 7m in the air.

Later:
After many kites including my run in the Nationals I am super happy with this kite and its improvements. I have kited in 20 - 30 knots in waves and found the new North Rebel to deliver as it promises.

It loves strong wind and sit so steady and pretty in the window, it allows you to head up wind over big white water and then drive downwind just letting the kite sit on almost nothing as you take off down the line and ride waves. Over and over again the new bungee system allows onderflying on waves and lets you get that last tweek on the line that would have resulted in nothing but a falling kite wihout them. Such a simple but magical addition to the features of this kite.

The new chicken loop set up means that the unhooked part of wave riding is waiting for those who want it without affecting the ability to fire off the safety to the 5th line.

And remember that North's new Iron Heart safety has been tested as the state of the art safety with respect to easy release pressure both normal and sandy.

The heavy duty canopy and struts are a treat.
Rebel 2009 Review
The 2010 Rebel 7m Review

Well I got into some serious wind on the 7m and got to really put it through its paces. The wind was 25-35 knots and Gusty at the first location and yet the 7m was super steady. The waves were 6-8ft and serious conditions when we moved to the second beach for bigger waves, I even got a flogging at one point just to remind me I am a humble servant of the ocean.

I had the 2007 7m which was a super high wind kite but did have a bit of stability issues in gusty conditions, the 2010 model is super steady and sticks in the sky.

The 7m kite felt like the 11m did being a nice light feel in the sky with slightly less bar pressure than the 2009 models and a Rebel depower ability. The kite was nice and easy to turn but not too fast.

The complaint with a 7m kite can be its too quick and flightly, conversly you actually want your small kite to be quick to turn, I have flown some other brands this size and the slowness and lag time in turning is a real issue in the surf. You need your 7m to feel full of power, easily depowered fast and quick to turn so that you can launch over white water in an instant and float over impact zones, you also want depower before slamming into a shore break too fast. You don't want it to feel beaten up by gusts and on and off when in the power, and you don't want it to kiteloop you by accident.

The 2010 Rebel 7m is full of power, depowers quick when you want it to, sits like a jet wing in the air as steady as you want, and turns quick, but I did not find that it felt too fast at all, it felt great.
At one point the wind dropped right out and I still could keep it in the air, then when the wind maxed out the comfort and confidence was great.
This kite is really fantastic and offers everying that you want in a small kite. A kite that can handle winds up to the top end of any wind you want to kite in whilst not being simply too small and does not get buffetted by gusty conditions.
I like the bar pressure being comfortable but with the real time feed back like a spring in your hands.

In another gusty session of 20-30 knots with total lulls I had this kite stalling and drifting back 5+ metres int he air, at no point did it drop forward and nose dive, always sat back in the perfect position. such confidence in gusty and unreliable wind is simply great, and strong winds so often produce such conditions.

This kite is a monumental achievement in small kite technology.

Dazza
home to southcentralkiteboarders.com
A bit of North Kontact and Rebel 2010 riding at the Wave Nationals by Dazza
see the full video on the video page and there is a North Kontact Review too 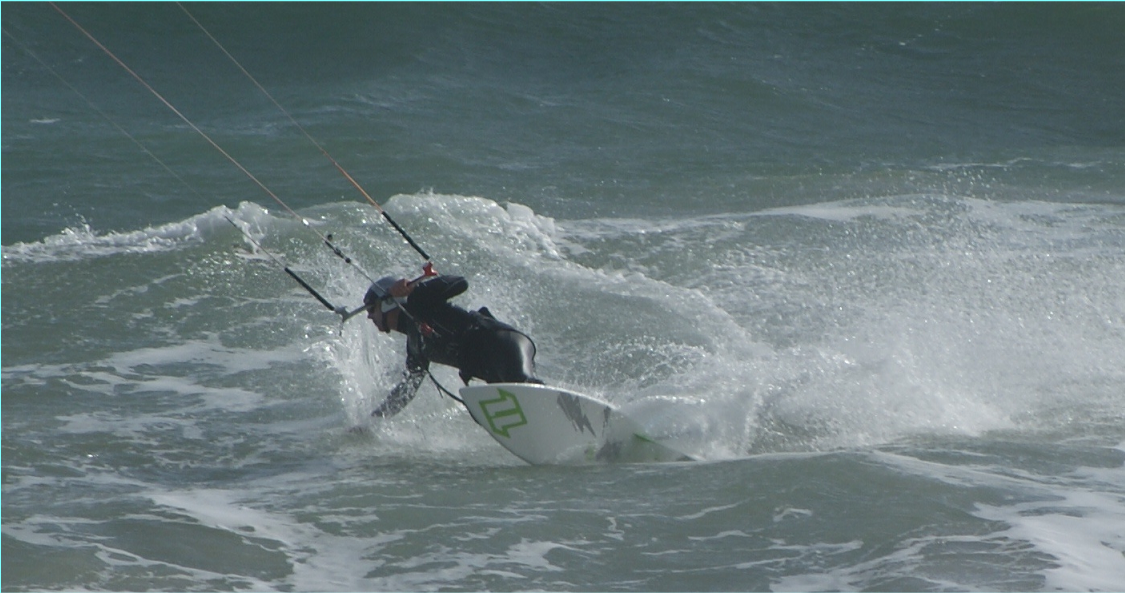