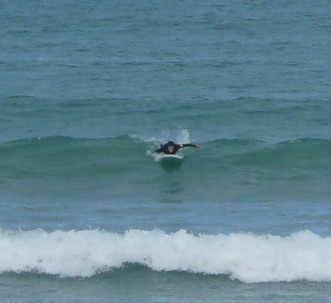 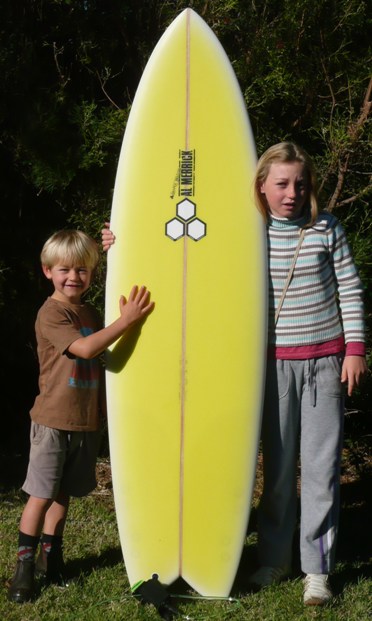 Some small May Middleton
We had some small Middleton on the weekend and got to test out my new Channel Island Al Merrick 'Fishcuit', great board, good fun.
Having come from the West Coast of South Australia and using gunnier boards to some perhaps less grunty Middleton stuff I found my Gravelle Thruster hungry for more power. surfing Kings and Boomer was okay as these waves seem to have that West Coast power. But come middleton and the midcoast I was slugging around.
Gustie, the mistro of making the most of minature waves, said that I have to try Suzie's Walbridge fish quad and after a considerable bit of convincing and a lot of complaining from me I actually surfed at Middleton and and after the first wave of 100 metres long and 50 re-entries I was sold. Fish boards can make a difference.
I scoped it out with Mike at Onboard and I worked out a nice size for me in a Quad Merrick Fishcuit, 6'4" x 21" x 2 3/4". I went with a 9mm stringer to give it some extra strength and a little stronger glassing and a yellow faded paint job.The East Coast Boys shaped me my newboard and there we go. New fibreglass smell, shame to wax it but that's what it is for.

On first taking off at 2' Middleton, something that I had refused to do for the last 5 years since I have been back from Coffin Bay, I was stagged with the drive and line of the board.  The take off was easy and fast and the speed along the face impressive. As you work the board you can pump and actually feel the squirt of water out the tail driving you along. This is where getting around white water in underpowered surf comes into play.

The board turns on a dime, so loose that I had to get used to it. very easy on the rear foot pressure, almost casual, but getting plenty of rotation for your money. The very nature of this board is making the most out of whatever you have got in the way of surf.

An SA board that makes me actually look forward to that next 3ft day at middleton, or 2 ft Seaford, U turns, and so forth.

As a hard core down the line rider of drving boards I am so awakened by this experience, the difference the right board can make to any surf you have in your back yard.

Okay then,... so I surfed the Mid Coast for the third time since I returned from the West Coast since mainly I did not believe that a 2ft wave could do anything for me. Also the last times I rode it I felt like I was slugging along. However, now I have this new board, well lets test it out.

Big heavy 5ft near double overhead wave on the south coast with that solid swell that lapped the shores for a good few days.

This surfspot has a med heavy take off then a solid chunk of fatter section and then the wedge shore break that temps you into it and you either have to make it if the wedge section lets you or eject out of it.

You know the spot.

The board performed really well in these conditions which was totally the opposite to the last 2 sessions I have had on it. As the take off is not hollow but just nice and heavy the flat rocker is fine and the speed off the take off is intense, this allows you to keep the speed through the fatter section and accelerate into the wedge before it rolls over on itself in the shorie.

Really loved the board in these conditions, it held the rail well and did not feel skatie or unstable on the fins. 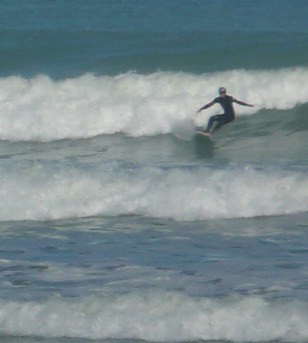 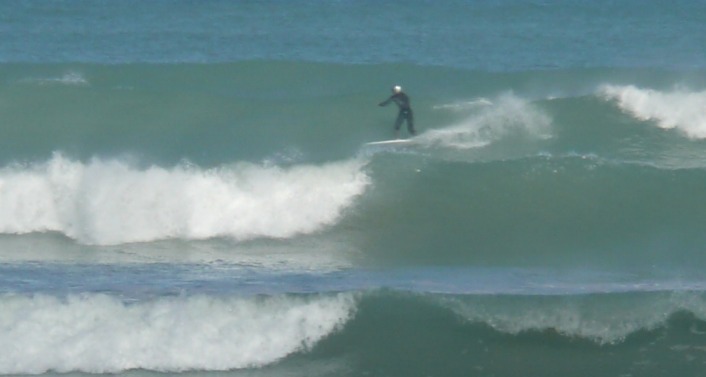 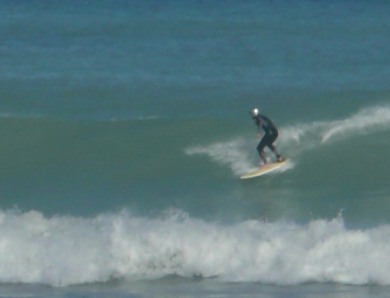 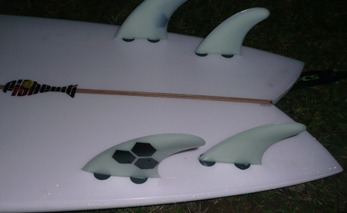 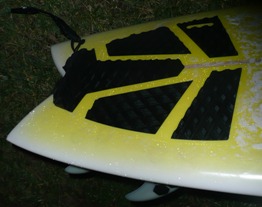 I have surfed this board in all kinds of conditions but mainly in the softer waves of middleton and goolwa which can be quite sizey but are a fatter slower moving wave than most. These waves to rate well with the colder water and can easily push more power than their east cost equivalents over sand with warmer water.

In small 2 - 3 ft surf this board is perfect, that part of the assessment is complete. Once the waves start to get over 3 - 4ft on a wave like middleton it is super fun. You need a fast wide board to get on these waves, and then make the most of them getting past white water and trying to ride as long as possible. The big thing with this board is the speed, it is so fast that I am considering starting a new subsport of surfing called 'speed surfing.' You might think I am raving, but the speed of this board is staggering and people comment from the shore, even strangers.

So all up a great board for weak to medium waves with fat to medium shape.

Limitations to this board.
once you are arcing up the speed and power the tail width will work against you a bit as you try to slam a reo in the speed will keep going so it arcs out in a line. This occurs mainly with 3-4 ft and above, not a problem for 2-3 ft at all.

I am now considering adding to the quiver with a Sushimi of a slightly smaller size to complement things. the thing is that the Fishcuit does give you an over excitement of confidence that the waves are actually more powerful and hold more reo potential than perhaps they do, then watching others on short arse boards reveals that they are glugging around and struggling. Its all about compromise, you have to get on the wave and feel some power, but that comes with a price of too much power sometimes, I know I would rather be on the wave ridding it that having the smallest most aerial reo machine and sitting in the slop frustrated because you cant catch one, and when you do, it lacks any power.

Fishcuit turns your local low to medium power  wave into a fun fest.

The board is also quite flat for all this speed. Very hollow and small waves make re-entry work more challenging as it will get stuck sometimes. Again, as youself this simple question. "Do I want to be on the wave ridding quickly and getting more out of the wave than I do on a standard board?" Yes? your wave ration will go up and the length and speed of ride will increase, no question.

Mal riders: looking for a short board experience without loosing that speed and float, but starting to throw a boad around like you never have? Fishcuit is the board.